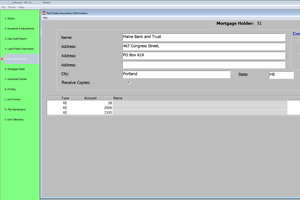 Migrate Windows Desktop Applications to the Web with Wisej

Wisej brings a familiar desktop development experience to the web without losing any of its benefits.

Perhaps I'm missing something. Microsoft attempted to entice desktop programmer to become web developers with it's WebForms. That was a dismal failure because even though WebForms tried to hide the stateless nature of HTTP, it still broke down dramatically when the poor desktop developer had to keep track of Postback vs. non-Postback. Is the idea behind WiseJ that the now the desktop developer is completely insulated from the web and they could just write code as if they were writing for the desktop? So if they wanted to take a screenshot, or needed to check to see if the Shift key is being held down, or compute the number of pixels that goes diagonally across the screen, or needed to force the user to connect to the G: Drive on their desktop they could?
"Give a person a relativistic rock, and they will shatter a planet today. Teach them to do the math themselves, and they will shatter planets for the rest of their lives." - from an Ad Astra Games t-shirt

With Wisej you don´t have to keep track of the state. The server layer (.NET) is synched in reatime with the client layer (Javascript).
While you don´t have to deal with Javascript on the client you certainly can to handle certain tasks including information about client devices, keyboard etc.
Accessing local drives might be an area that has to be redesigned though when moving to the web.

The article seems to make a big deal about how easy it is to port to the web, but then it also doesn't bother to talk about that porting process. Instead it jumps right away to how there is a GUI designer that has tons of controls and you can just drag & drop controls unto the design surface. Does that mean that each GUI has to be re-written from scratch? Or is there actually a porting process which will replace each Form with a Page and each WinForms control with its corresponding WiseJ control? Or is the developer forced to redesign each piece of GUI from scratch using the WiseJ designer?

If there is a porting process, is it automated or manual? If it's automated, will it carry over all the event handlers? And more importantly, will it carry over the WndProc() and IMessageFilter code that WinForm programmers eventually resort to to get a particular Windows GUI effect that they want?
"Give a person a relativistic rock, and they will shatter a planet today. Teach them to do the math themselves, and they will shatter planets for the rest of their lives." - from an Ad Astra Games t-shirt

The porting process if half automated half manual. The designer is directly integrated into Visual Studio
and you work with it like you do with WinForms apps.
GUI does not have to be recreated, that´s for creating new applications or additional functionality.