What causes kernell base error / .net framework error if there's a windows update or crashed?

Hello guys, we have this running app in our client a queuing management develop in c#. Last year the app was okay until there's changes in windows. The error triggered if there's an update or it will crashed after a months.

What are the possible cause of this? Is there an adjustment on how we build?

This is the sample error in the event log of windows 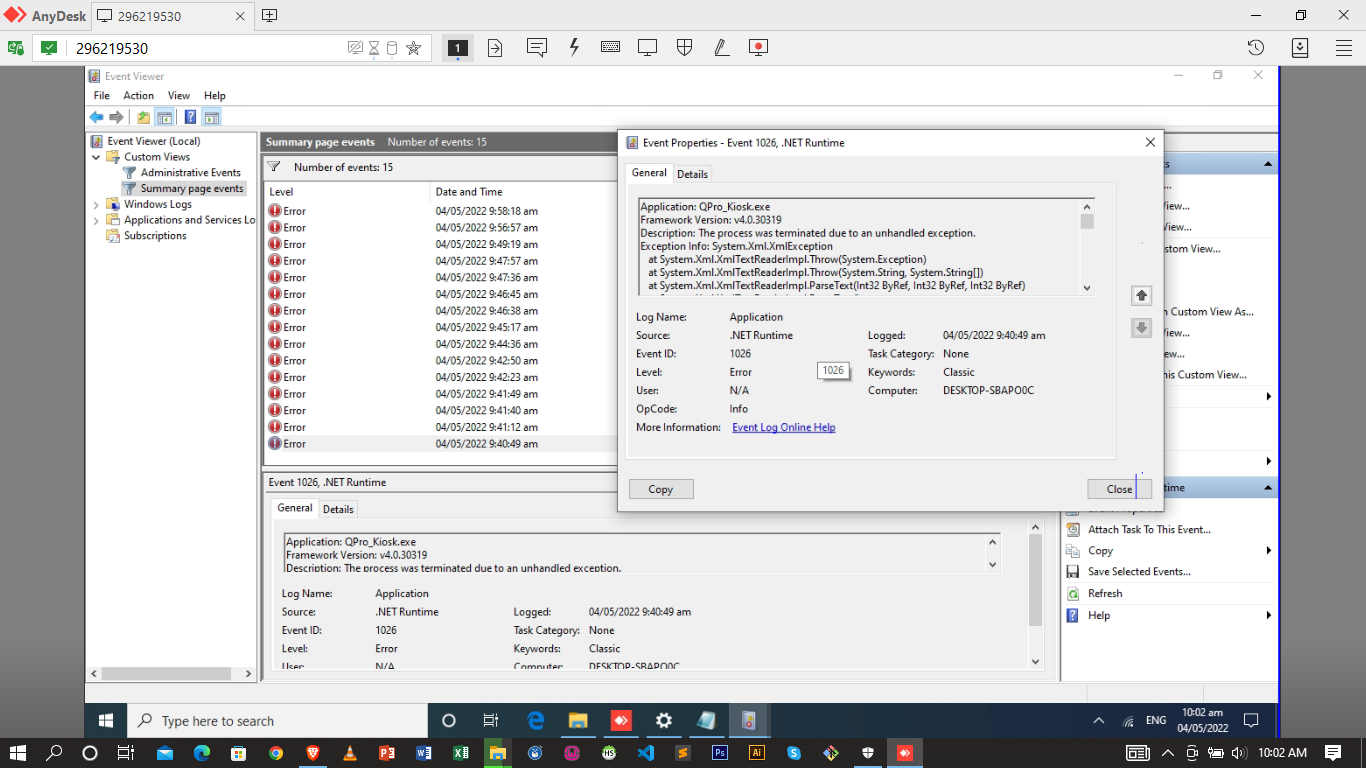 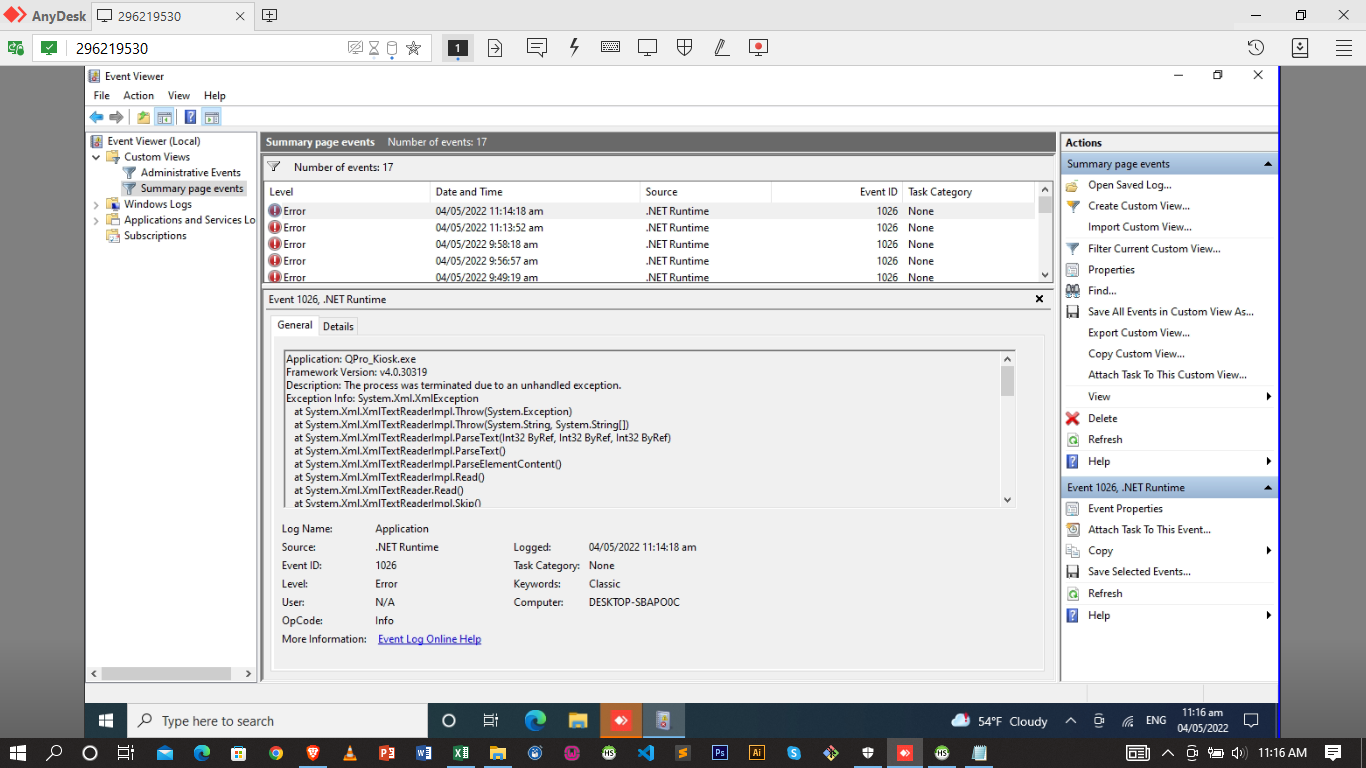 So both our Monitor App and Kiosk App is crashed.
Sort by date Sort by votes

Chances are that your incoming XML is invalid and there was a recent .NET Framework patch that went out that now causes the framework to throw an exception instead of just accepting the XML.

Second step is to make sure that you are running the latest version of .NET Framework: 4.8. After that make sure that you have all the latest Windows patches installed. After that, if you are still getting the exception, then it is time to get that specific XML file, and try to reduce it to the minimal amount of XML that will reproduce the issue. Once you have that minimal XML, make sure that it is truly valid XML. If it is valid XML, then open a bug with Microsoft's developer support giving the step to reproduce the problem and the minimal XML to reproduce the problem.
Last edited: Sep 18, 2022
Upvote 0 Downvote

I'm not seeing where you think that you are getting a kernel based error. It seems to me like you are getting an exception while parsing XML and the exception is at the .NET Framework level, not down at the kernel level.
Upvote 0 Downvote